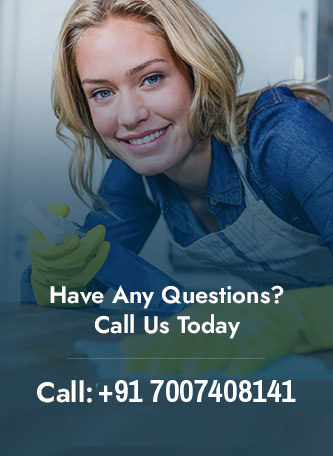 1 - SUBJECT MATTER OF THE AGREEMENT

The subject matter of the agreement between both parties applies to the provision of conditions for granting the certification which confirms that the management system (system in following) conforms to the specified standard or other normative documents for the system. The client is aware of the fact that the system certification is performed on the basis of a dynamic system audit at the given moment. The client is bound to assure that the relevant provisions of this agreement will be met by the organisation whose management system will be certified (organisation in following). LMS will perform the certification according to the application of the client and the price offer accepted by the client.

Besides provisions given in 8 - TEMPORARY PROVISIONS, both parties agree with keeping the steps and relevant provisions of the certification programme and bind to do everything necessary to keep the correct fulfilment of this procedure. LMS is authorised to submit unilaterally non-essential amendments to this procedure that do not influence the content of the agreement between the parties.LMS can utilise subcontractors to meet the purpose of this agreement.

The certification audit consists of the document review and of the audit in situ by the auditor(s) nominated by LMS. The degree of conformity of the system and the system standard is assessed. The client can appeal against the auditors nominated by LMS. To be valid, the appeal has to be written and submitted within eight days after the names of auditors are announced in writing to the client by LMS. In such a case, LMS has to nominate new auditor(s) and is authorised to change the date of the audit. After the audit, LMS shall submit to the client the list of nonconformities and observations with the corrective action(s) request and the audit report. The client / organisation binds to propose and carry out corrective action(s) without undue delay and LMS shall assess whether the content and the term for carrying them out is acceptable. In some cases LMS can decide to perform an extraordinary audit of implementation and effectiveness of the corrective actions. This assessment represents minimum 1/2 - day audit.

Based on the audit report, the list of nonconformities and the action plan of the client taking corrective actions, LMS will decide autonomously about granting, postponing or the rejection of the certification. This decision is made in writing to the client.

a) If the certification is granted, the certificate is issued in the language and for the activities according to the application, and is sent to the client and recorded into the LMS list of certificated organisations & details will be updated on web pages also.

c) Certification is valid for one year however total validity is 3 years subject to surveillance audits are performed (see below) and the certification is not suspended or withdrawn by LMS.

d) The surveillance audit represents a visit of an auditor, nominated by LMS to ensure the maintaining of the system level. Surveillance audits will be performed every 12 months. However, this number could be changed if it is imposed by any official regulation or based on the recommendation of the auditor.

e) LMS can perform follow-up audits out of the regular cycle, if the system amendment (see 8.2) is considered by LMS to be the principal or if the scope of the application is changed.

LMS can decide autonomously to postpone its decision on certification while the required corrective actions are implemented by the organisation. After these actions are executed, the auditor will perform a new audit. Based on this, LMS will decide autonomously about granting the certification. The extent of this new audit depends on the extent of the nonconformities and relevant corrective actions.

In case the certification is rejected, the validity of this agreement automatically comes to an end three months after the rejection is announced to the client, if the client does not submit an appeal (see 5) or will not submit a new application for audit. The costs will be charged by LMS to the client in accordance with the beforehand agreed prices regardless to any appeal.

Provisions 5.1 to 5.3 are valid for the entire scope of certification or for its part.

Restricting certification is a temporary arrangement, not exceeding a 3 months period and will be applied if the critical nonconformities of the system are identified (e.g. during surveillance audits), or if the certified organisation does not submit adequate corrective actions for identified nonconformities in time. Restricting will be announced to the client and organisation in writing and becomes valid 30 days after it is announced to the client, except if the client appeals within time, according to the procedure given in clause 6.

LMS is authorised to suspend the certification in case of detecting (e.g. during the regular, follow-up, or surveillance audit) that the system is not in conformity with the standard or in case the obligations of this agreement including financial obligations are not kept to by the client / organisation. Suspension can come with or without previously restricting the certification. Suspension will be announced to the client and the organisation in writing, and becomes valid 30 days after it is announced to the client, except if the client appeals within time, according to the procedure given in clause 7.

The certification automatically and legally loses its validity after expiry, unless it is renewed.


6.1 - RESOLVING OF DISPUTES AND COMPLAINTS

LMS shall constructively and quickly resolve all Appeals and complaints from the client. In case it is not possible to come to an acceptable solution, or a suggested procedure is not acceptable, the client can appeal according to the following provisions.

In case of dissatisfaction with resolving a complaint or appeal, also the rejection, restriction or suspension the certification, the client can appeal. This appeal has to be presented within 30 days after LMS announces its decision. LMS is bound by the agreement to examine this appeal with the necessary attention and independence, and announce its decision with explanation in writing within 30 days. If LMS agrees to the appeal, it shall accept the new decision. If LMS decides to reject the appeal, it will be of the same effect as the original decision, with the notification that the procedure of another internal appeal is not possible. Each party bears its own costs connected with this procedure of an internal appeal.

After the procedure of an internal appeal is completed, or if it was not acted in accordance with the procedure for an internal appeal, each party can submit a disagreement related to this agreement for arbitration through the accreditation body or an independent third party, or legal interpretation if necessary. This procedure has no suppressive effect to the LMS decision.

7 - SPECIAL OBLIGATIONS OF THE CLIENT/ORGANISATION

The client / organisation is bound by the agreement to perform all necessary arrangements to meet the purpose of this agreement, to permit LMS representatives access to buildings and establishments of the organisation with an accompaniment of the organisation during regular working hours, and instruct them about keeping provisions on work safety, fire safety and protection of the environment. It also guarantees the right to review all the documentation, data, records and activities considered by LMS as important, to interview its personnel and to gain their full co-operation.

The client / organisation is bound by the agreement to inform LMS immediately in all cases and especially during periodical and follow-up audits, or during the renewal of certification about all planned and executed amendments of the system legal, commercial .status of ownership, organisation & management, significant events concerning health and safety and any related findings from any third parties, contact address & sites and its scope compared to the certificate. Neglecting this obligation to inform about the forthcoming changes can lead to the suspension of the certification.

The organisation is bound by the agreement to maintain the list of all complaints and corrective actions (internal and/or external) obtained in the certified system which shall be submitted to LMS representatives during each audit. Maintenance of the list is an imperative part of the system and it is the condition for maintaining or renewing the certification.

The client / organisation is bound by the agreement to do everything necessary to ensure the functionality of the system and its conformity with the standard.

If any national or international regulation concerning the system certification becomes valid, both parties agree to keep and if necessary to amend this agreement in accordance with this regulation.

9 - VALIDITY AND VOIDING OF THE AGREEMENT

The client / organisation must not transfer its rights and obligations unless LMS gives written permission.

Financial conditions are agreed between the client and LMS or, a LMS representative in the residential country of the client.

This agreement is an agreement on work, not on the result. LMS shall be responsible only for the direct losses caused to the organisation resulting from material negligence or a serious mistake by LMS, its bodies, appointed persons, subordinates, representatives or suppliers. This responsibility is limited to the amount equal to 10 multiple of the amount accepted by LMS or its nominated representative based on the survey of results of the material negligence or serious mistake. All claims to compensation lose their validity six months after the event that the claim is based on.

The client is bound by the agreement not to recruit LMS personnel and representatives or use their services except from previous written approval by LMS. Breach of this agreement gives LMS the reason to terminate this agreement immediately, and legally entitles LMS to claim financial compensation for the losses in the amount of the gross annual income of the person whose services were lost for LMS, minimum in the amount of seventy multiple of the minimal monthly salary in the client's country in the time the LMS's person has left. To prevent misunderstanding, the client / organisation has to always consider all the persons taking part in the performing of this agreement are the employees of LMS.